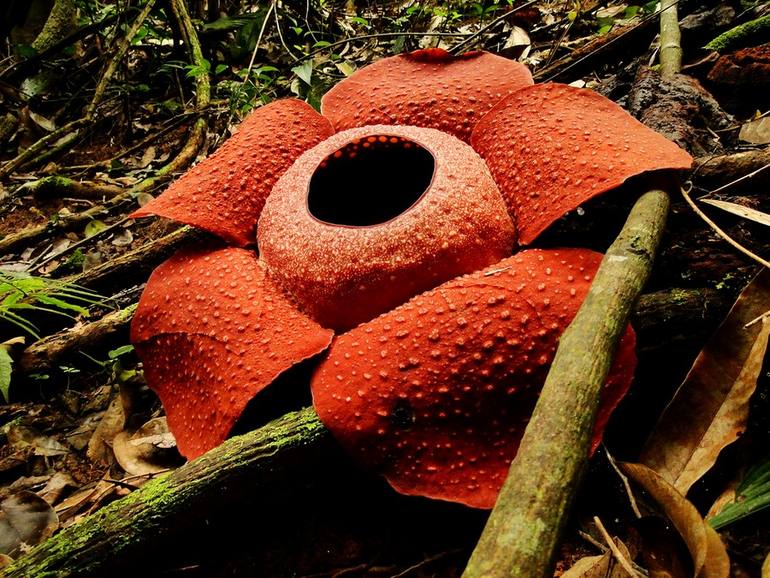 The world’s record holding flower is the Rafflesia arnoldii. This flower is the world’s largest. It smells of decaying flesh, and has therefore earned the nickname of “corpse flower”. For the largest flower, that must be an odd thing to be called.

This flower grows in Indonesia, and is one of the three national flowers – alongside the white jasmine and the moon orchid. In 1993, it was declared a rare flower in the nation in Presidential Decree number four. 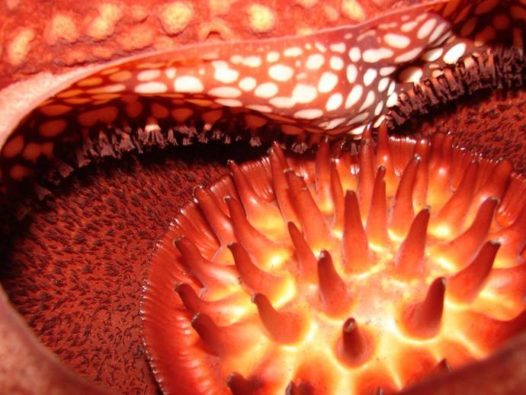 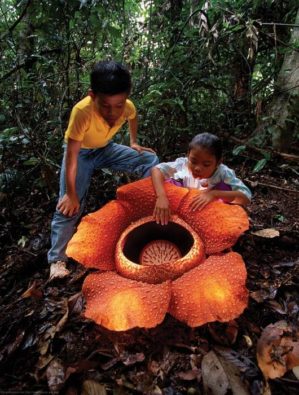 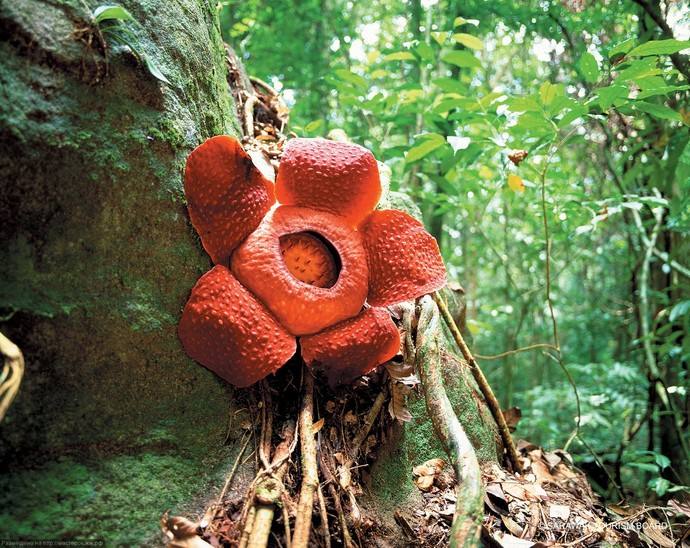 If three feet across doesn’t make this a record holding flower, then nothing will. It can weigh up to twenty four pounds. The flower is similar to fungus in that the cells do not fully separate upon mitosis.

Reproduction of the plant is particularly difficult because the plants must be 1) in close proximity to each other and 2) a fly or beetle must first visit a male flower, then a female flower. This is why they smell like rotting flesh: it attracts the flies and beetles for pollination.