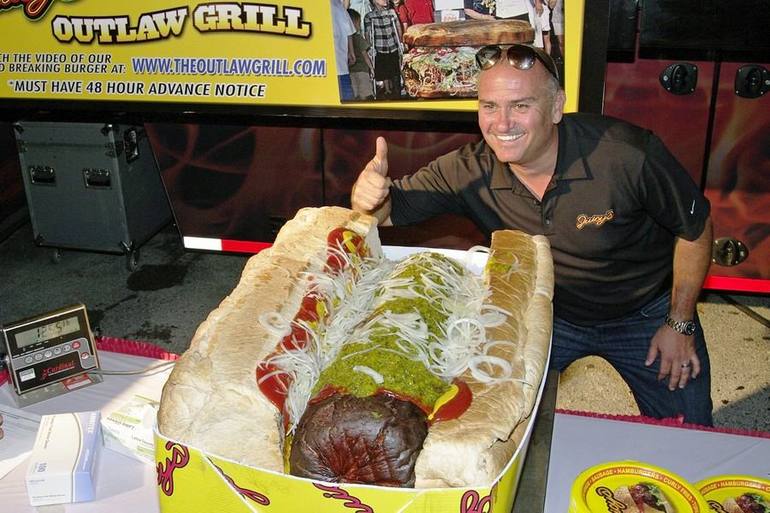 Mr. Enright is a restaurant owner who was determined to break the world’s record for the largest hot dog, and he has certainly succeeded in this undertaking. But to do so, he had to put in a great deal of hard work. Mr. Enright spent three hours cooking up the huge hot dog at the Fair, on a mobile grill spanning 100 ft (30 m) that had to be specially constructed for the task. 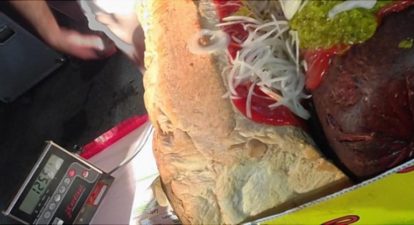 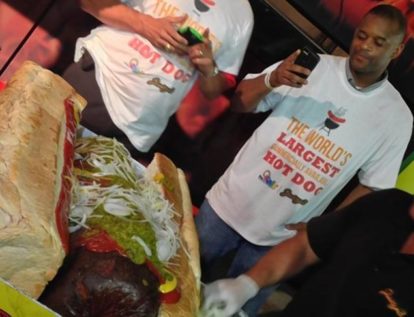 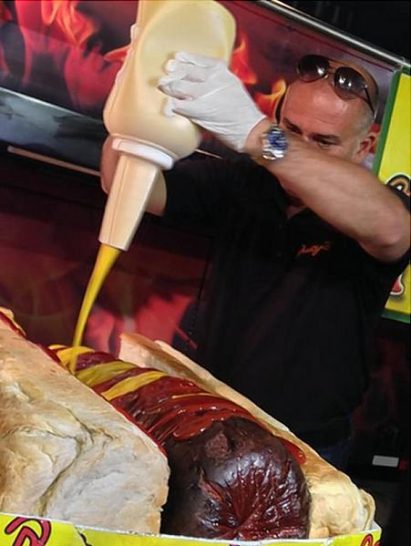 After the monumental cooking job was completed, Mr. Enright then had the massive frankfurter professionally weighed, after which it was verified that he had earned his way into the Guinness Book of World Records. The colossal hot dog was then cut up into many small portions and sold for $1 per slice.

After it was all over, Mr. Enright, the owner of Juicy’s Outlaw Grill, is said to have publicly declared that he hopes someone soon beats his record, so that he can top it next year with an even bigger hot dog.