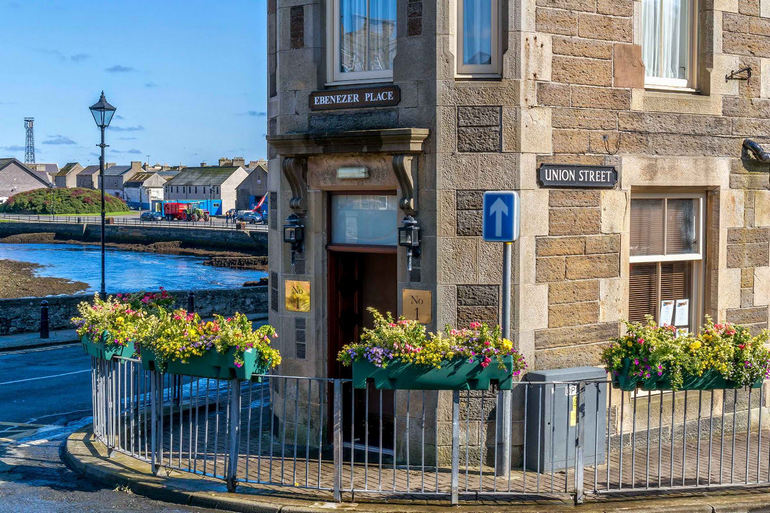 Ebenezer Place is officially the shortest street in the world. Located in Wick, Scotland, Ebenezer Place is 6 feet 9 inches long and is officially recorded as being located between Union and River Streets. The street has one address – the front door of the Number One Bistro, a restaurant in the Mackays Hotel.

The street has been officially recognized as the shortest street in the world, taking over the previous record holder that was a street 17 feet long.

Ebenezer Place was named as a street in 1883 when the town of Wick required the owner of Mackays Hotel to name the area in front of the back of their building. The shape of the building left a small area that was on an unnamed avenue between Union and River Streets. By 1886, the street was officially recorded in the town records and has remained an official street since that date.