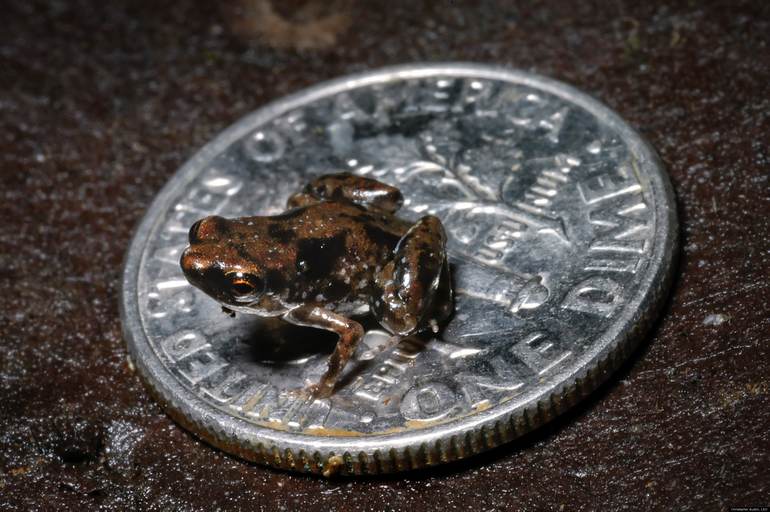 World’s smallest vertebrate is a frog from Papua New Guinea. Known as the Paedophyrne amanuensis, this miniature frog was officially named and described in 2012.

The paedophyrne amanuensis is on average only 7.7 millimeters long. This is .2 millimeters smaller than the last known smallest vertebrate. This frog lives in leaf litter in the tropical forest and was discovered near a very small village in Papua New Guinea. 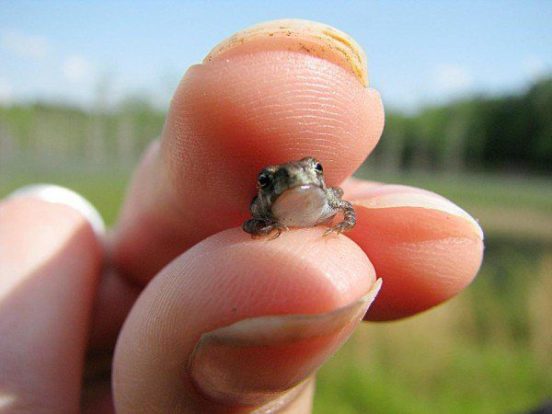 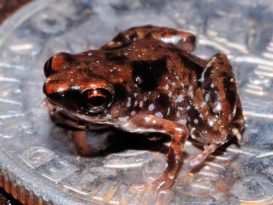 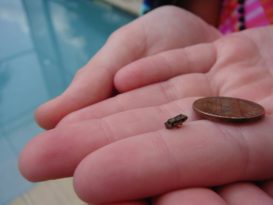 The frog, because of its minute size and very high pitched sounds, has been confused with an insect in the past. Christopher Austin, a Herpetologist for Louisiana State University and Eric Rittmeyer, his PhD student, discovered the species while studying biodiversity in the village of Amau. Using special equipment to triangulate where the unusual sound made by the frog was coming from, Austin and Rittmeyer found the frogs when scooping up handfuls of leaves from the ground.

One of the other interesting facts about this frog species is the fact that there is no tadpole stage in their lifecyle. These frogs live their entire life on land, and when their young hatch, they are miniature versions of the adult frogs, known as hoppers.