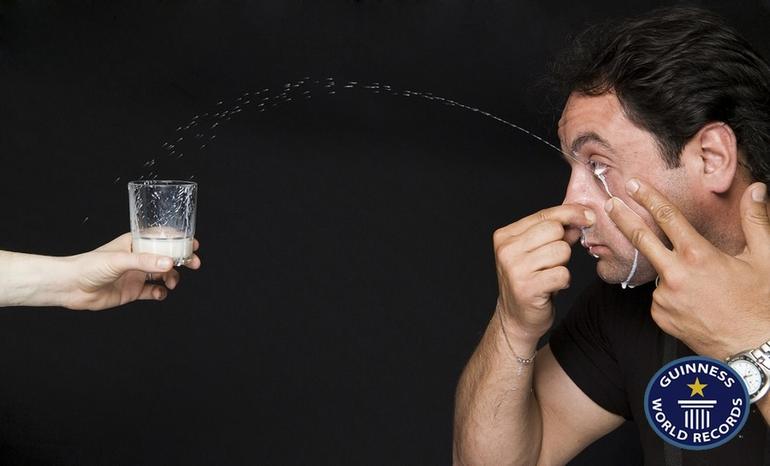 According to the Guinness World Record website, the previous record holder, Mike Moraal, was successfully able to squirt milk 8.745 feet out of his eye when he set the record in France in 2001.

In order to squirt the liquid from his eye, Yilmaz pours it into his palm first and then snorts it up his nose.

According to Mahir Kendusim, a doctor in Istanbul, a cavity in the lower eyelid is linked to the nasal cavity. This is what allows Yilmaz to successfully squirt the liquids out of his eye if he snorts them up his nose first.

Kendusim added that he has never heard of someone who was able to squirt liquids out of their eyeball at such a large distance.