The smallest stop motion film: A Boy and his Atom

Home » Smallest » The smallest stop motion film: A Boy and his Atom

Titled “A Boy and his Atom,” the World’s Smallest Stop Motion Film has been awarded to a film that is only 45 x 25 nanometers in size.

Created by engineers at IBM in California, the film was created using a copper sheet and carbon monoxide molecules. The molecules were moved into place using a Scanning Tunneling Microscope which has a very fine metal tip and moves each molecule with an electric charge.

The stop motion movie has 242 individual frames and the entire film lasts only 60 seconds. It tells the story of a boy named Atom and his ball. 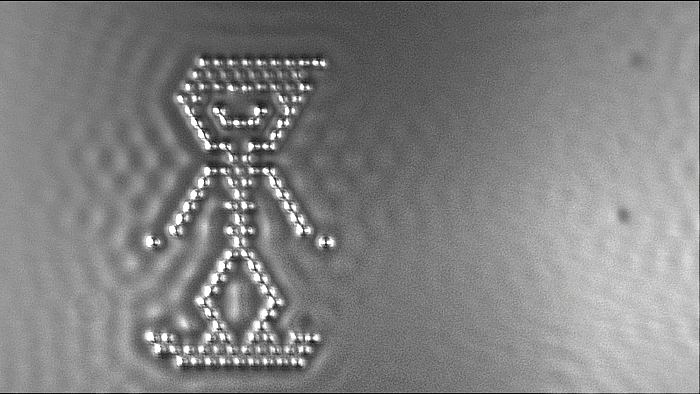 It took nine days to complete the film. Each molecule had to be moved by hand and scanned by the microscope. Each slide took 4 minutes and 53 seconds to scan and record the position of the molecules. Once the scanning was completed, the process was painstakingly repeated for each of the frames.