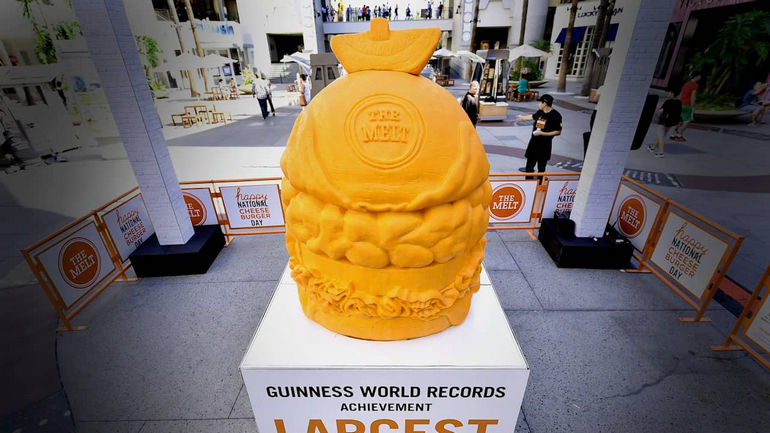 They say that Hollywood can make or break dreams, and this was never more apparent than on September 18, 2015. This was the day that The Melt created a cheese sculpture that was bound to become as memorable as some of the biggest movie stars in the city. Weighing in at a whopping 1,524 pounds, the cheese was carved out of a block of aged Wisconsin cheddar. The original block clocked in at around a ton, so over 400 pounds of cheese had to be redistributed.

Sculpted with the wizardry of expert cheese carver Troy Landwehr, the enormous block of cheese was transformed to resemble a cheeseburger in honor of National Cheeseburger Day. Standing 45 inches tall and boasting a diameter of 38 inches, the cheeseburger cheese sculpture was also outfitted with an attached pickle as an accoutrement. However, purists will be relieved to know that the pickle was not included as part of the sculpture’s official size.

You can also read about: largest easter egg in the world, world’s strongest and most expensive coffee and world’s largest hot dog.