The tallest snowman in the world: Olympia SnowWoman

Home » Tallest » The tallest snowman in the world: Olympia SnowWoman 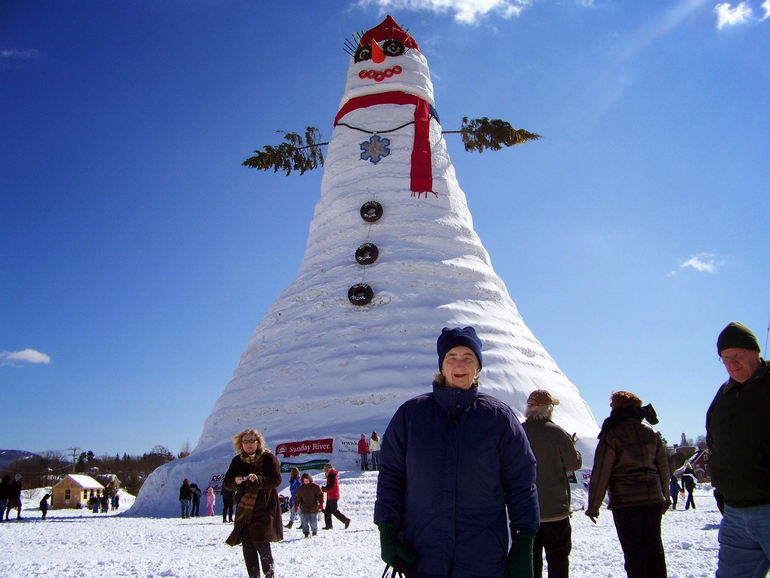 The world’s tallest snowman was created in two weeks. Its height was 122 feet 1 inch (36.6 meters). The method used to build a snowman, is very similar to the construction of concrete structures. First, a frame is built. Then, it is filled with snow. The snow is then rammed, removed from the frame and the next tier up is arranged, slightly smaller in diameter.

Students from all around the town created great accessories. They made a hat with a diameter of 49 feet and a 130 feet long scarf. The hands of the snowman were made from 30 feet long Canadian trees. The event took place in February 2008 in the town of Bethel (USA), the snowman was named “Olympia SnowWoman.” 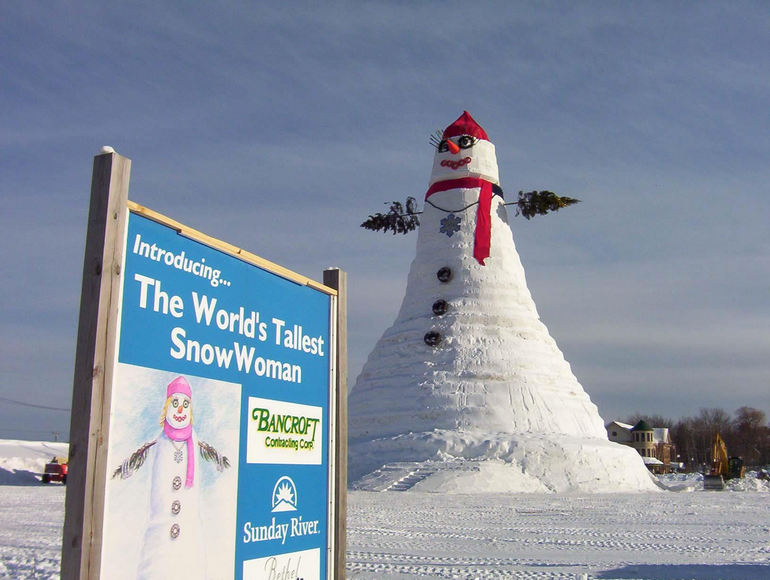 It even has a page on the official website bethelmainesnowwoman.com with a blog and photos. The Snowman didn’t completely melt until mid-June. Below the photos and video shows the complete story of the legendary “SnowWoman” from beginning to end. 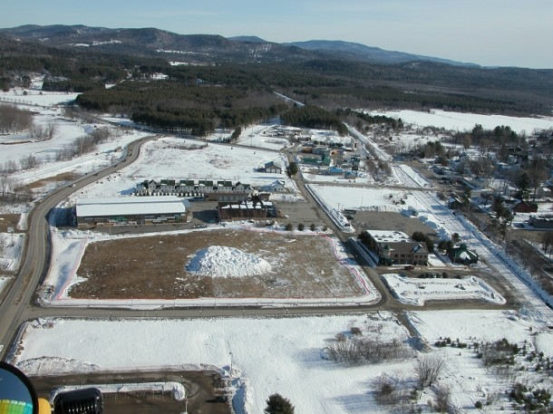 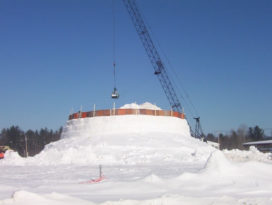 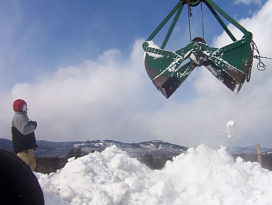 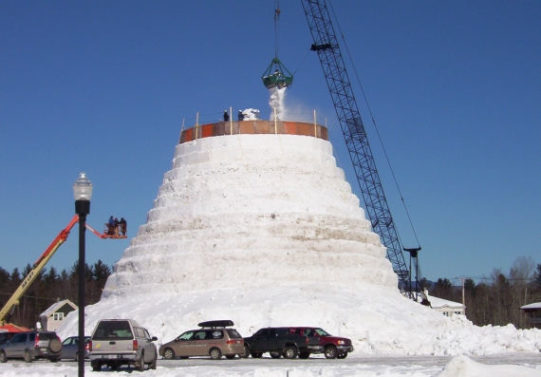 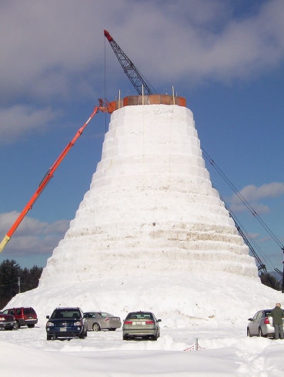 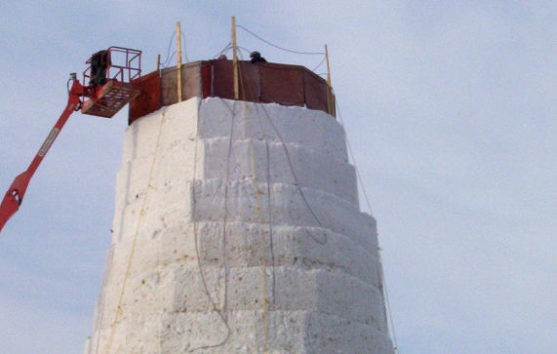 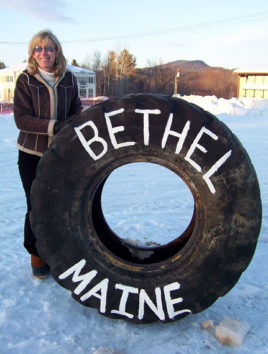 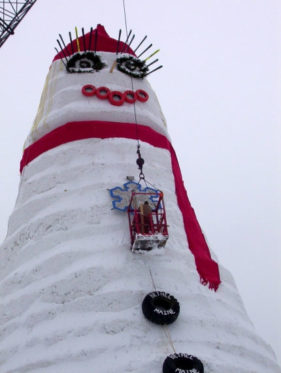 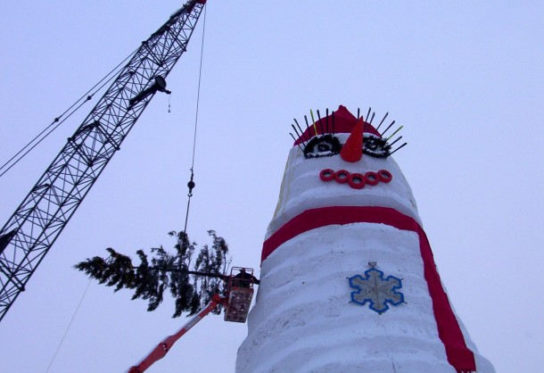 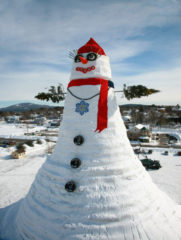 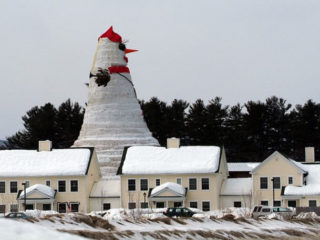 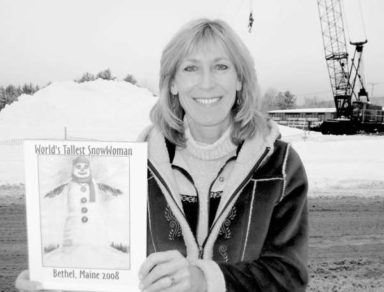 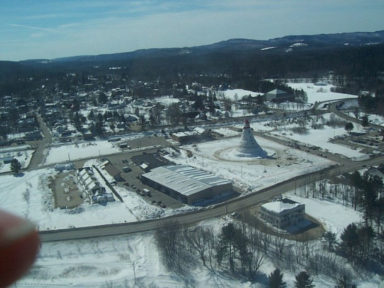 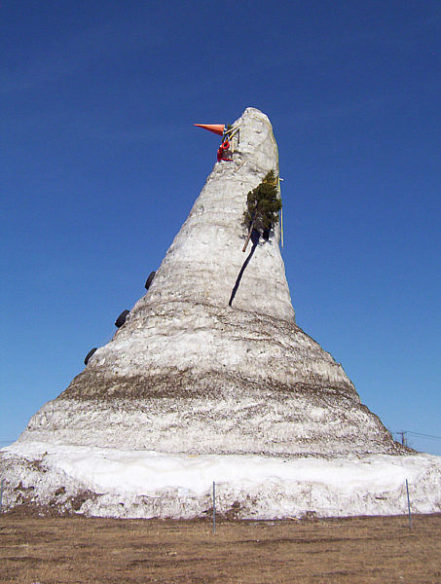 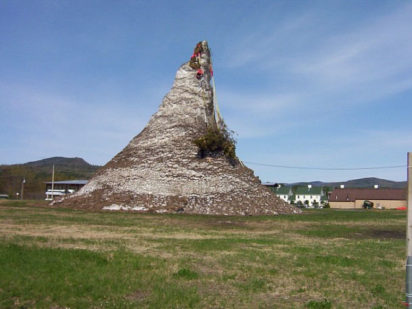 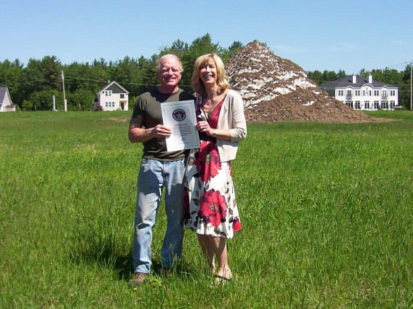