With a struggling economy, most of us have heard that it’s a good idea to invest in gold. In Australia, this advice has certainly been taken into consideration. The Perth Mint recently manufactured the largest coin in the world.

While the current value of gold makes the coin worth far more, it converts to about one million US dollars. In fact, if it were to be melted down, the gold bars that would result would be worth over $57 million. 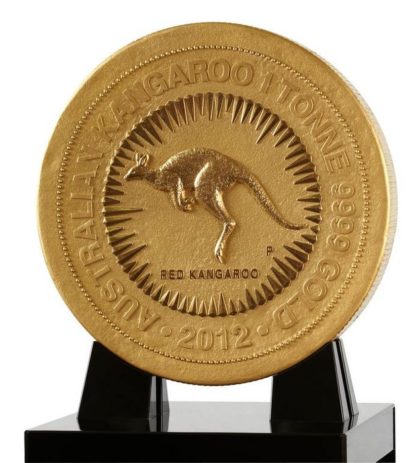 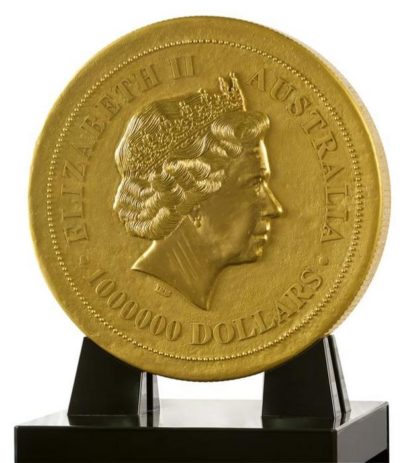 The piece would appear to be a novelty item to be displayed in a museum. However, even with a a diameter of 80 centimeters and a thickness of 13 centimeters, it’s being sold as legal tender.

This mammoth coin, which is 99.99 percent pure gold, weighs an amazing 1,000 kilograms, so it’s hardly something you’d be able to fit in your purse or wallet. The original intent of the creation of this record-breaking coin was to celebrate Queen Elizabeth’s Royal visit to the country, and her profile is featured on the heads side. Opposite her is a kangaroo with the inscription, “AUSTRALIAN KANGAROO 1 TONNE 9999 GOLD”. The year of the coin’s manufacture, 2012, is also featured on the tails side.