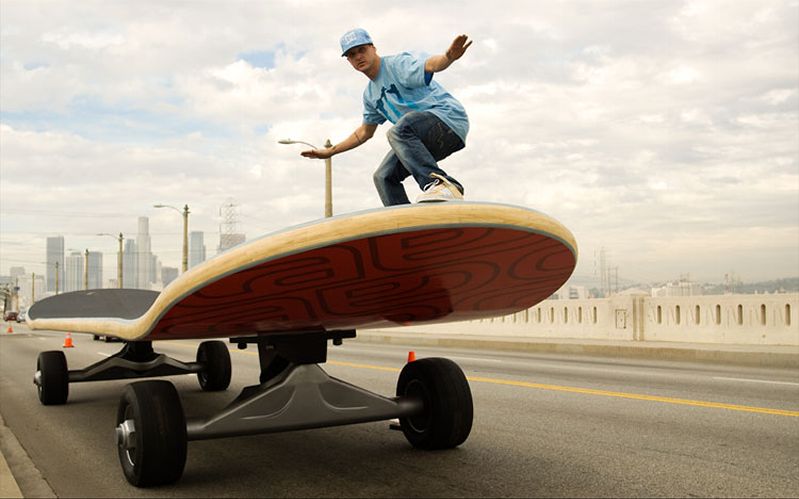 Designed and produced by Rob Dydrek and Joe Ciaglia in Los Angels, California, the world’s largest skateboard is an impressive 36 feet and seven inches (11.14 meters) long and three feet, seven and a half inches (1.1 meters) tall. Its official unveiling took place on Feb 25, 2009 as people all over the world watched amazed on the MTV series Rob Dydrek’s Fantasy Factory. 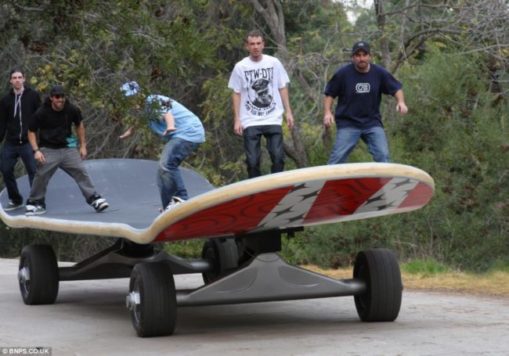 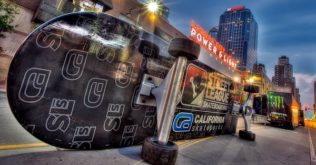 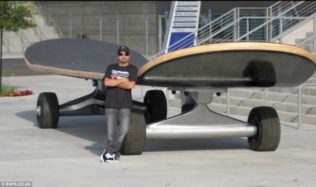 The skateboard is an exact replica of the real thing. The only difference is that it’s twelve times the size. Because of its immense size, it has to be fitted with racing tires, and getting it from one place to another requires the use of a flatbed truck. Amazingly, the production of this record-breaking skateboard took only one month to complete, and it was constructed using only steel, wood and grip tape.

The length of the board surpasses that of a double-decker bus, and it offers fun for approximately 40 skaters at once. While you may think the goal of its creation was to beat a world’s largest record, creator Joe Ciaglia put that myth to rest. He stated, “The board is about fun. It was fun to build, it is fun to ride and it is fun to see everyone’s reaction to it.“