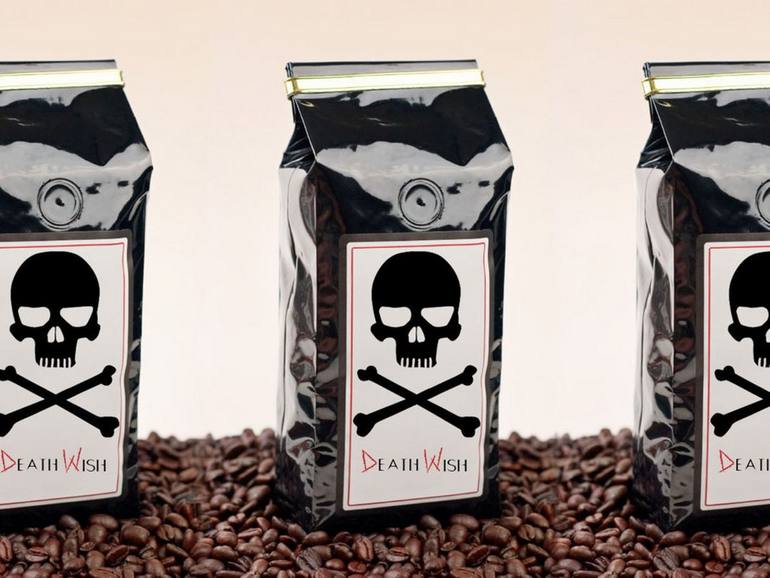 Lovers of a strong cup of joe might be interested to learn that the world’s strongest cup of coffee originates in Upstate New York and claims to be the most highly caffeinated premium roast organic coffee in the world with nearly 200% more caffeine in it than the average cup of coffee has.

Termed “Death Wish,” this coffee features a menacing skull and cross bones image on its packaging. Sold by the pound for nearly $20 per bag, it is reported to have a full flavor of dark-roasted Arabica beans without sacrificing any of its natural caffeine. According to the company that manufactures this brew, achieving a dark roast with a high caffeine content is rare because so many dark roasts lose much of their caffeine content during the roasting process. 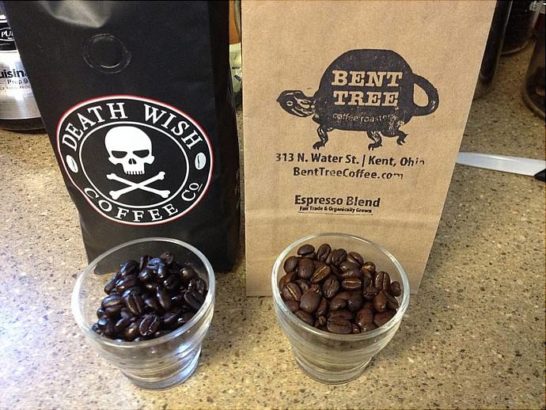 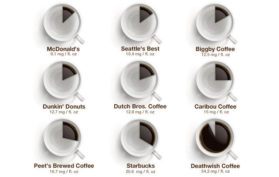 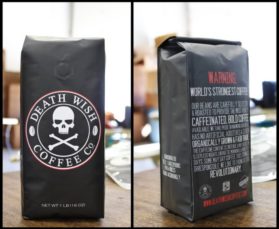 The company reportedly grows the coffee beans organically, and they are fair traded and shade grown in order to preserve more land. Apparently, the company is so confident that coffee drinkers will love its Death Wish brew that it offers a money back guarantee on its purchases, stating that if you hate the coffee, you can send the purchased bag back within 60 days and receive a refund on not only the price of the coffee but on the shipping as well.

You can also read about world’s most expensive coffee.