Largest meteorite in the world: Hoba 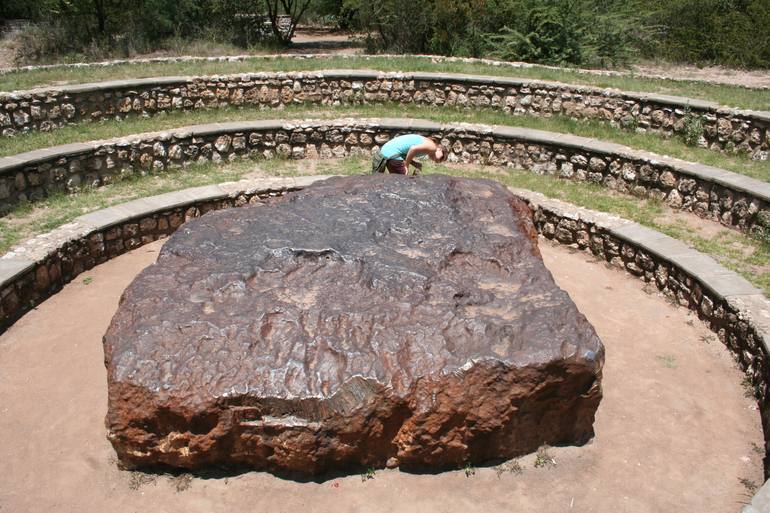 According to the Guiness Book of World Records, the world’s largest meteorite is named Hoba, and can be found in the African nation of Namibia, where it fell to Earth an estimated 80,000 years ago. The meteorite weighs in at an astonishing 60 tons (over 120,000 pounds), and is composed largely of iron, with some elements of nickle and cobalt present as well.

The meteorite was discovered early in the 20th century by Jacobus Hermanus Brits, who was out plowing his field one day with a team of oxen. As the plow dug further into the ground, it encountered an object against which it could not move. As he attempted to dig up the object in order to dislodge, Brits instead made his amazing discovery of the world’s largest piece of iron that is not man made. 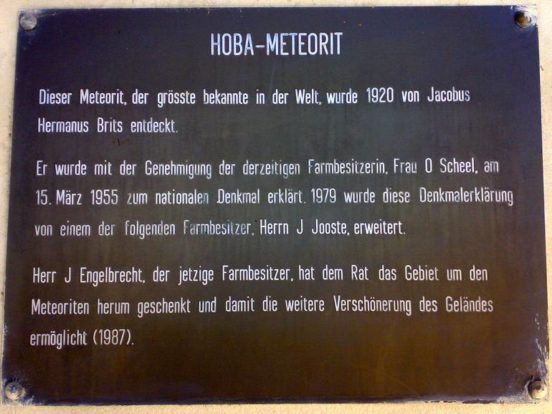 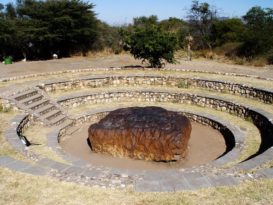 Because of its massive and unwieldy size, the Hoba meteorite remains to this day in the precise location it was discovered. While it has been somewhat vandalized over the years by thousands of visitors hunting for souvenirs, this unsavory activity has come to an end now that the meteorite has been declared a national landmark and one of Africa’s true natural treasures.

You can also read about farthest point on the Earth’s surface from the Earth’s center and about world’s longest place name.