The Smallest Helicopter In The World: GEN-H4

Home » Smallest » The Smallest Helicopter In The World: GEN-H4 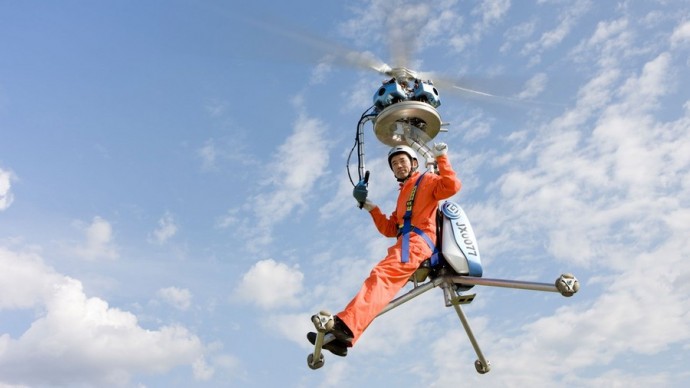 No one could accuse the GEN-H4 of being wasteful or inefficient. There is not a single spare part in this tiny helicopter, which looks like something out of a spy movie. Boasting only a control bar, foot rest, chair and engines, this 165-pound whirlybird can travel at a speed of up to 56 miles per hour. 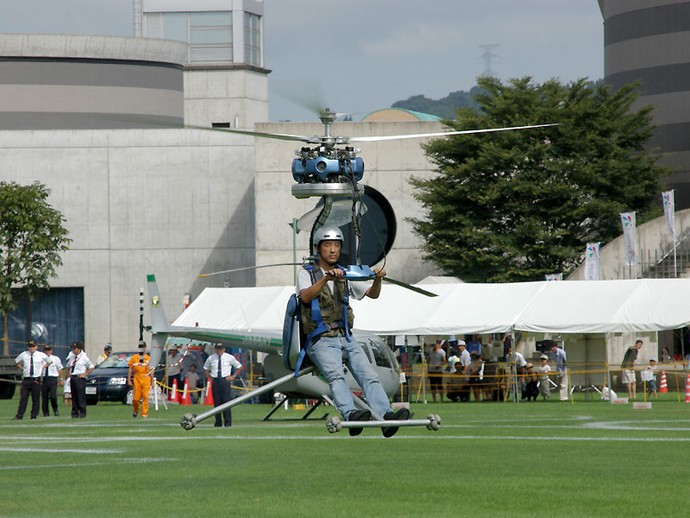 Unlike most helicopters, it does not have a tail rotor. This is because the engineers have designed it with two rotors spinning in opposite directions, which allows the aircraft to remain stable while its pilot takes it out for a spin. However, no one should expect to do any long-haul trips with the GEN-H4; it can only stay airborne for up to 30 minutes or so.

However, this tiny helicopter’s simplicity allows for it to be controlled very easily. By simply pulling the throttle lever, one can take off or land the aircraft. By using the control bar, the pilot can maneuver the GEN-H4 left and right. Pilots can also switch directions by shifting their weight. For those who might be a bit skeptical about the safety of such a tiny aircraft, keep in mind that there are four engines and a parachute ready to bail pilots out if they encounter troubles in the sky. 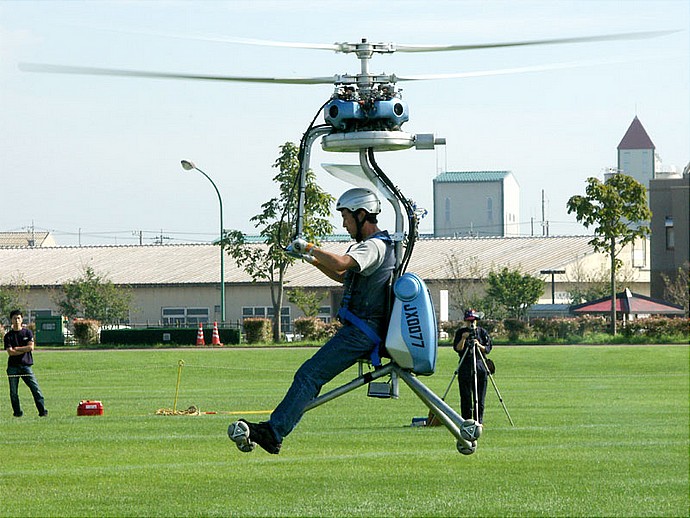 You can also read about largest planes in the world and about world’s smallest production automobile.